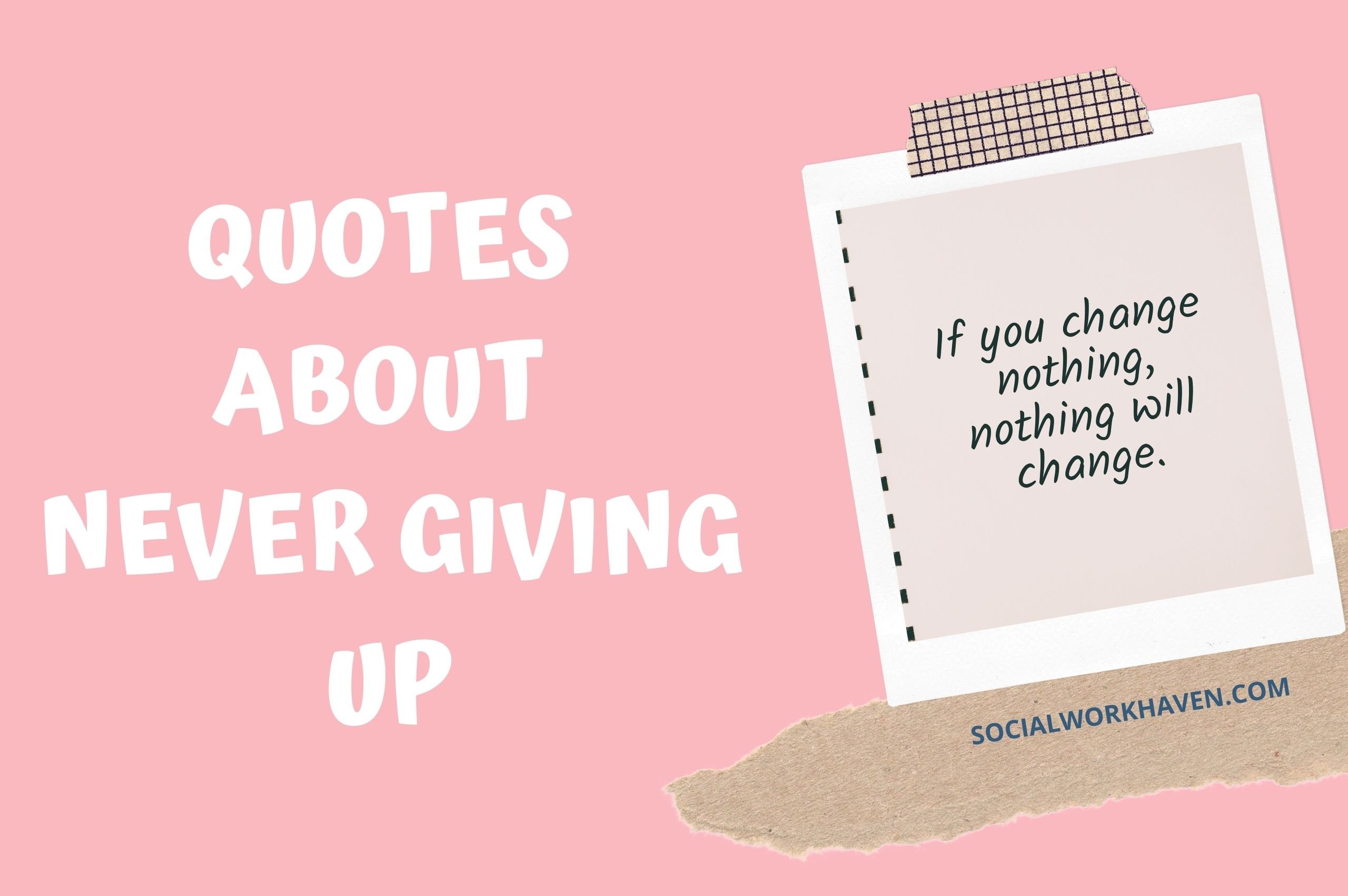 As social workers, sometimes we may have feelings that hurt  or emotions that sting the most.

We get these feelings when we find ourselves stuck and unable to effectively change people’s lives because of several factors such as time restraints and limited resources.

All these create in us a painful landscape, an eternal sunset of what we are. BUT “it is often in the darkest skies that we see the brightest stars” – Richard Evans.

So, never give up and live your life to the fullest!

REMEMBER, quotes can help uplift and inspire you as a social worker.

100 Powerful Quotes About Never Giving Up

Over the last few months, by going through a challenge started by the great Paul Scrivs, I have come to realise that there is the need to never lose infinite hope!

That is why I have put together 100 quotes about never giving up on your dreams, including reasons why.

Never Give Up Quotes

Bible Quotes on Never Giving Up

5 Reasons Why You Should Never Give Up

Final thoughts on Never Give Up Quotes

In life and as social workers, some blunders and absurdities will no doubt creep in. But forget them as soon as you can, tomorrow is a new day, start it well and press on.

Try something different and don’t let past failure keep you from future success.

Share your experiences about not giving up in the comments section below.

I will love to hear about them.

Quotes about living life to the fullest