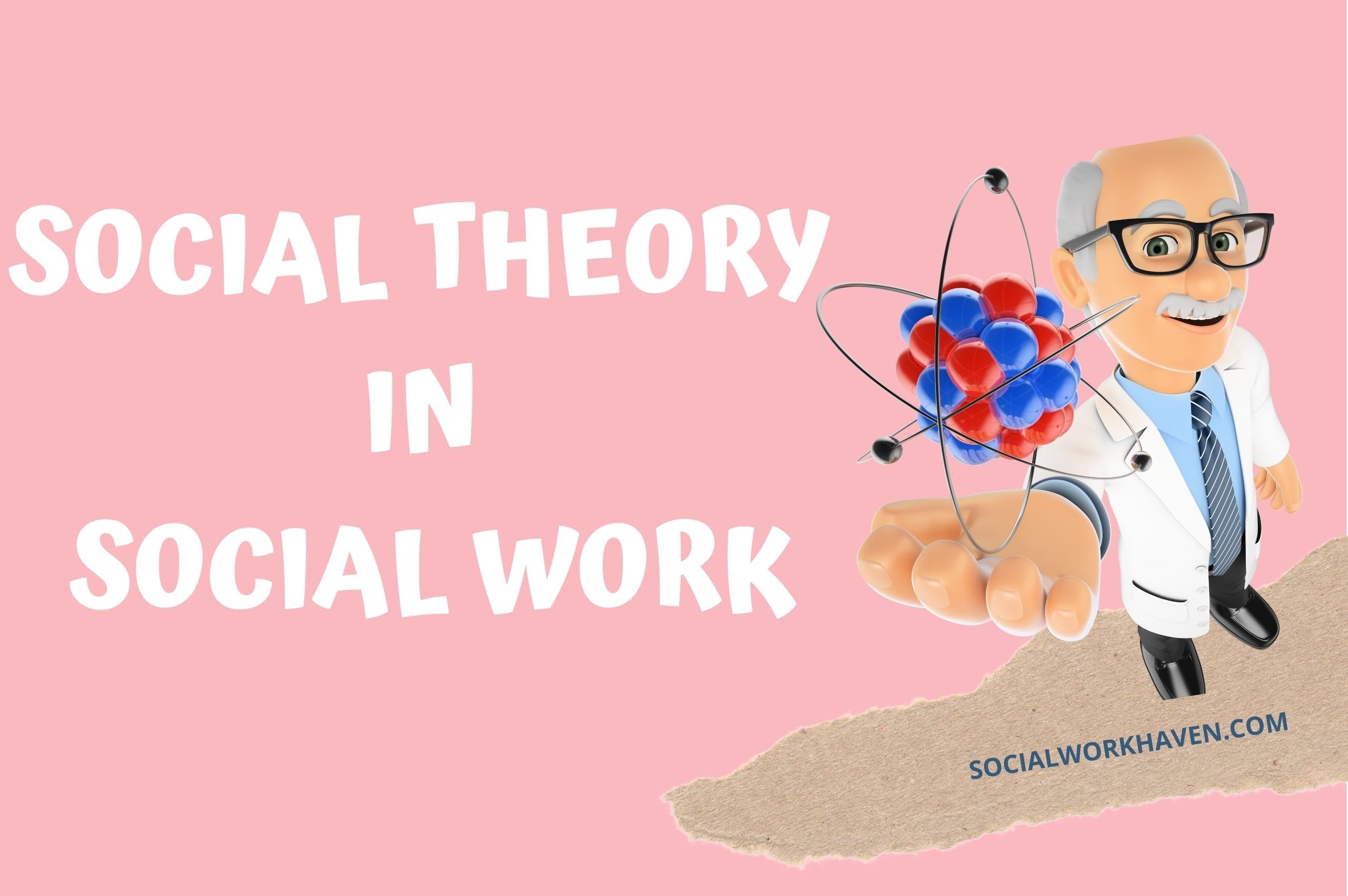 Social theory in social work refers to hypotheses, ideas, arguments, how and why elements or structures in the society are formed, changed or developed, and how social workers use this understanding to address inequality, promote social justice and inclusion.

This article will address how social workers use social theory to help them take into account the impact of inequality, promote social justice and inclusion. To debate this viewpoint, first of all, social work, inequality, disadvantage, social justice and social inclusion will be explained. The theory that will be used to critically evaluate this assertion will be Durkheim’s theory.

The International Federation of Social Work (IFSW), (2016) highlights that a social worker’s key role is centred on the empowerment and liberation of individuals. It also involves promoting inclusion and solving problems that develop in human relationships and to enhance social change.

Therefore, to better understand how to connect the public to the personal and to further enhance our understanding of social theories, Social Workers can use social imagination (Mills, 2000) however, because of serious case reviews arising from the unfortunate death of service users over the last decade, there has been a massive pressure on the social work profession to adopt some more robust strategies when working with service users (Payne, 2014).

The social work profession is now focused more on approaches and interventions that social workers may be able to use to promote inclusion, social justice and equality.

Majority of service users who require the support of social workers may experience discrimination and oppression. Thus the social worker’s role is to work in a non-discriminatory and anti-oppressive manner to empower and encourage the service user to address these issues and minimise the level of disadvantage or inequality they may be experiencing.

Inequality, according to the Social Care Institute for Excellence (SCIE) (2016), refers to an area of Sociology which places emphasis on how ‘goods’ and ‘burdens’ are distributed in the society.

According to Walsh (2010) when ‘goods’ or ‘burdens’ are not distributed fairly, it results in individuals or certain groups of people being disadvantaged.

Similarly, Mills (2000) points out that social structure can put people at a disadvantage. For instance, how society reacts to educational levels of individuals or groups of people can lead to poverty or even social exclusion. However, such social disadvantage stems from circumstances beyond the individual’s control.

What is social justice?

In social work, social justice entails practices that aim to confront inequalities, oppression, and discrimination (Austin, 2013). Thus the social work profession aims to use interventions and methods that seek to ensure a fair distribution of resources in the society to promote equality and social justice.

Emile Durkheim (1858 – 1917) was one of the founding thinkers of sociology. Durkheim’s work focused on how society can function and form. In his view, for society to function and form effectively, there has to be order and stability such that an equilibrium is maintained (Durkheim, 2002).

Durkheim was interested in how to promote a good and stable society. As a result, Durkheim is known especially for his functionalist perspective within sociology. He was interested in what maintained societal balance, sustained harmony and what holds society together hence, his work focused on shared experiences, perspectives, values, beliefs and behaviours.

Durkheim shared his views around elements which enable people to feel that they are part of a wider group and that working closely to ensure that the group is maintained is in their common interest (Jones, et al., 2011).

Durkheim reports that the role individuals play in the society facilitates social cohesion (Shortell, 2016). Durkheim believed that progression in society depends on the ability to create individual fulfilment and a feeling of inclusiveness within the society (Jones, et al., 2011).

Social Workers may draw on the views of Durkheim to help understand that conflict does not define society, but harmony does. With this understanding, Social Workers can examine social phenomena in relation to the functions individuals play in the society to enhance social cohesion and work towards promoting equality, social justice and inclusion.

The functionalist perspective of Durkheim emphasises on  the fact that the society is made up of four explicit functions namely, integrative functions, adaptation, goal attainment, and pattern maintenance (Walsh, 2010). This suggests that the role of the social worker in empowering, promoting change and social justice may be achieved through service user inclusion (IFSW, 2016).

Findings establish that an understanding of social theories may be difficult to effectively implement due to the existence of factors such as austerity measures, cutbacks in social care services, time restrictions and rigorous policies existing within the social services sector (Jordan & Drakeford, 2013).

According to the Association of Directors of Adult Social Services in England (2018), such factors have gone too far and influenced the social services sector hugely. The impact, however, is negative and has resulted in weakening the availability and quality of social care services with some areas of the country reaching its tipping point.

Bochel (2009) endorses this assertion made by ADASS and reports that “the formulation, implementation and delivery of policies that affect the circumstances of individuals, groups and societies may affect the role of the social worker” p.4).

Ritzer and Smart (2016) also endorse the assertion made by Payne (2006). In their viewpoint, with the development of personal power through empowerment, service users are enabled to lead a life which is fulfilling in nature. They are able to develop more positive relationships, abilities, and rise above disadvantage in society. Likewise, (Berman & Berman, 1998) share that this viewpoint mirrors the political philosophy of the social democrat which asserts that social and economic change is important to enable individual and social improvement.

Consequently, as practitioners gain an understanding of social theories and the way of life of a service user, they will be able to find out ways of helping them to promote growth and ensure that they rise above any suffering. The Care Act 2014 further places a statutory duty on social workers to carry out assessments when an adult appears to have need for care and support in order to maintain and promote their wellbeing.

The Care Act 2014 highlights the need for social workers to use strength based and personalised approaches when working with service users as a means of empowering them. The idea is that when individuals are empowered, they become responsible for any outcomes from their actions and this will help contribute towards their competence and satisfaction (Moschonas, 2002). This suggests that services users are able to make meaningful contributions toward the growth of the society as a whole and help reduce inequalities.

Strength based approaches in social work

According to Coulshed and Orme (2012) strength-based approaches refer to the inherent strengths of service users, groups or families. Strengths-based approaches can be used to support and promote an individual’s independence, resilience and ability to make choices.

In essence, (SCIE, 2016) highlights that the idea behind strengths based approaches is to promote the ‘positive’. Social workers may use a collaborative process when working with service users to identify their strengths and assets (Simmons & Lehmann, 2012).

Durkheim (2002) asserts that the creation of occupational groups can help reduce oppressive administrative practices and unleash individual passions at the same time. Such social organisations can help give service users a sense of belonging and facilitate social interaction.

To conclude, this article has addressed how social workers use social theory to help them take into account the impact of inequality and disadvantage and promote social justice and inclusion.

Interventions and strategies such as co-production and task centred approaches may help social workers better articulate the needs of services users.

Jasanoff, S. (2006). States of Knowledge: The Co-production of Science and the Social Order. London: Routledge.

Staudt M, Howard M. O. and Drake, B. (2001). The operationalization, implementation and effectiveness of the strengths perspective: A review of empirical studies, Journal of Social Service Research, 27(3), 1-21