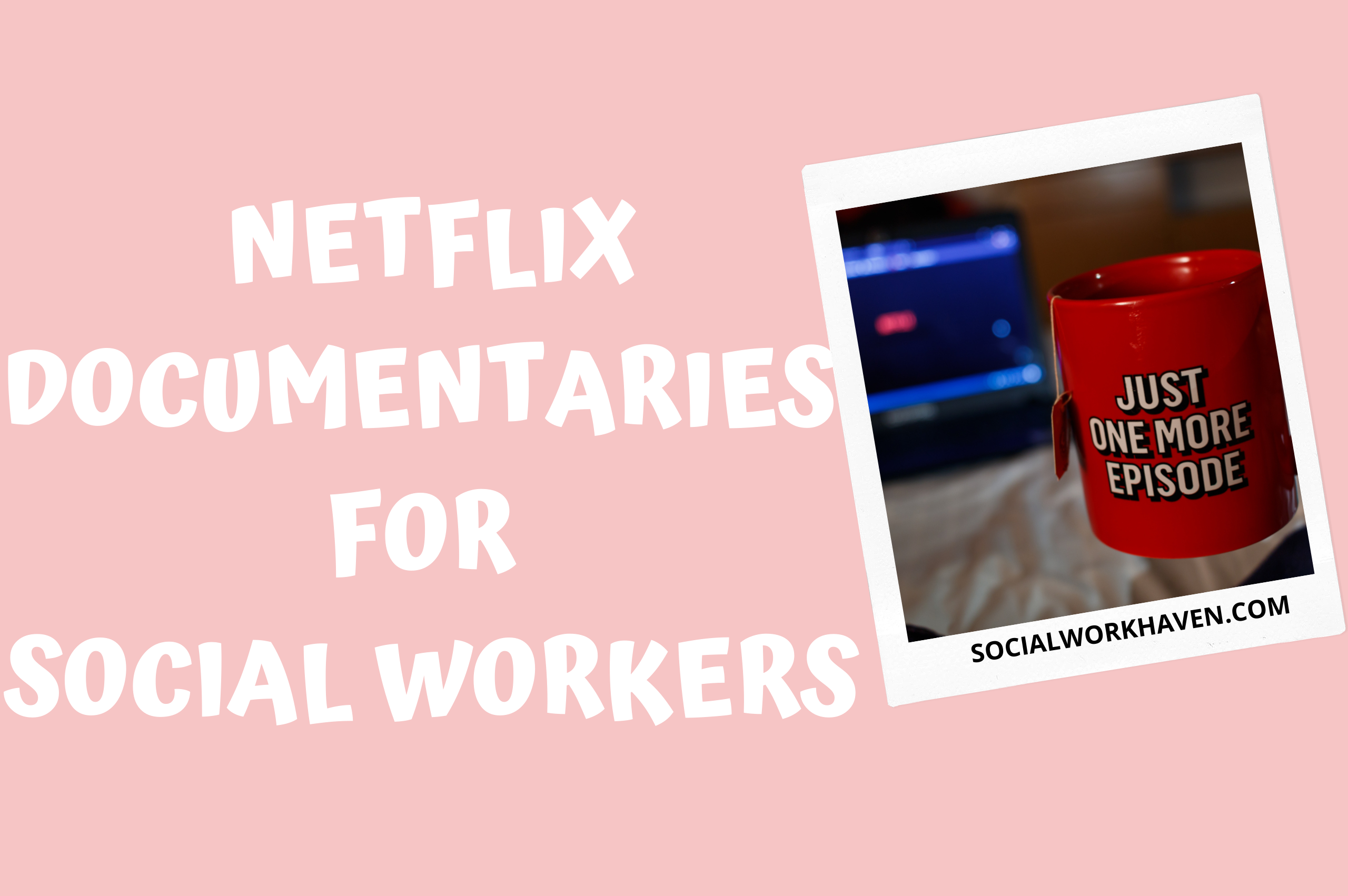 Delve into the world of social work and take a sneak peek at the reality of this industry. Before we delve in, let’s first explore what a documentary is.

In recent years, the documentary genre has radically developed and so it’s not a surprise that there may be some confusion about “what exactly is a documentary!”.

What is a Documentary?

A documentary is a broad term to describe a non-fiction movie that provides “information, “, “documents” or captures reality.

Documentaries, films or movies depict a work of visual art used to simulate experiences that communicate ideas, stories, perceptions, feelings, beauty, or atmosphere through the use of moving images.

Until recently, social work and all of its less-than-glamorous trappings were seen as far too “raw” and “intense” to portray accurately on film. However, the last two or three decades have seen a massive shift towards the production of many films and documentaries that accurately portray social work in action.

Listed below are our top 8 picks for movies and documentaries that focus on social work and everything that comes with it. The selection below depicts social work stressors and challenges faced in our day-to-day role.

If you’re interested in pursuing a career as a social worker and you’d like to find out more about the reality of this industry, take a look at these 9 incredible thought-provoking Netflix documentaries.

Summary: 13th is a documentary that explores scholars, activists, and politicians in order to analyse the criminalisation of African-Americans and the U.S. prison boom.

This striking film examines the modern-day legacy of slavery through the persistent criminalisation of African-Americans in the justice system.

The film helps us to understand race relations in America in the era of mass incarceration and can help us understand and historically contextualise the perpetuation of racism and discrimination.

Summary: This Netflix documentary uncovers the stories of the gymnasts who survived abuse and the USA Gymnastics doctor Larry Nassar’s toxic culture.

Despite remarkable achievements and winning 34 gold medals, 500 athletes suffered shocking abuse and how the company tried to conceal what was really going on while training to compete worldwide.

Summary: A career as a social worker will probably expose you to criminal activity and drug addiction, and this documentary on Netflix will open your eyes to the power and complex corruption that fuels cocaine supply and demand.

Looking through history, you’ll discover how crack was fuelled by racism and the recession during the 1980s, and how celebrities and professionals extensively used cocaine.

Documentary 4: The Beginning of Life: The Series

For anyone considered a career as a social worker and specialising in social services, this is a powerful and entertaining way to develop your knowledge and understanding of babies and newly formed families.

Summary: The Social Dilemma is an incredible visual reflection of our digital-first world’s mental health impact. From the dangers of social media and online trolls to social media platforms stealing our personal data.

This Netflix documentary makes you consider how major international companies are using social media to influence our daily lives and make more money.

Summary: In our hyper-competitive world, students turn to drugs such as Adderall to enhance their performance and become better and faster at what they do.

This powerful Netflix documentary takes a hard look at the dangers of using drugs to pass exams, complete coursework or just stay awake to study for longer than your peers.

If you are interested in becoming a social worker within an educational facility and want to learn more about the problems and challenges modern students are up against, this one is for you!

Summary: Social workers are often needed to help support refugees and young children who are mentally disturbed and suffering from attachment issues after fleeing a war zone.

If this is a field of social work that interests you, consider watching this intimate Netflix documentary that follows a group of Syrian children refugees who narrowly escaped a life of torment and integration, and find themselves in a foreign land.

Discover how they must learn to adapt to their new norm and build a new life, make new friends, and process what has happened to them and their families.

Documentary 8: Love On The Spectrum

Summary: This charming documentary series follows several people all searching for love. What they all have in common is that they are on the spectrum, and dating can be a complex and difficult experience to master.

Suppose you want to build a career as a social worker. In that case, it is your responsibility to be aware of how other people can feel and how communication, social cues, and understanding emotions don’t always come easy for everyone.

Join these hopeful romantics as they take a journey of self-discovery and bravely enter the dating world, no matter how difficult and scary it might first seem.

One of the most popularly acclaimed films surrounding social concepts to date, Precious even nudged its way past many of the typically outperforming action films released around the same time (2009).

They widely lauded the film for its realistic and unapologetic portrayal of a severely dysfunctional family living in a New York City project.

The story follows Precious, a teenage girl living with her welfare-abusing mother and multiple children.

Both her father–who has left the family–and mother have sexually and physically abused Precious, and her mother continues to do so regularly. With the help of a social worker, Precious is able to find a safe haven with her newborn and begin pursuing her GED.

This film offers several particularly striking insights that pertain to the world of social work.

Foremost, it’s important to note that Precious was initially hesitant to report her mother, despite the severe abuse she and her child were experiencing.

This represents a very common problem faced by social workers whose job it is to screen families for abuse. The film also offers an unfiltered look at the problems surrounding the welfare system.

Precious’ mother is always worried about losing her eligibility, and so refuses to take steps that would otherwise help the family thrive. Also, Precious herself is seen stealing food because she and her family are destitute.

Most of these docum,entaries will highlight a solution and show a chronology of events which enlightens us. We are able to identify support networks and why issues or how we navigated through certain problems.

Through such films, social workers can also find an excellent way to learn more about social forces, social vices and help spread awareness about some of the world’s most prevalent problems.