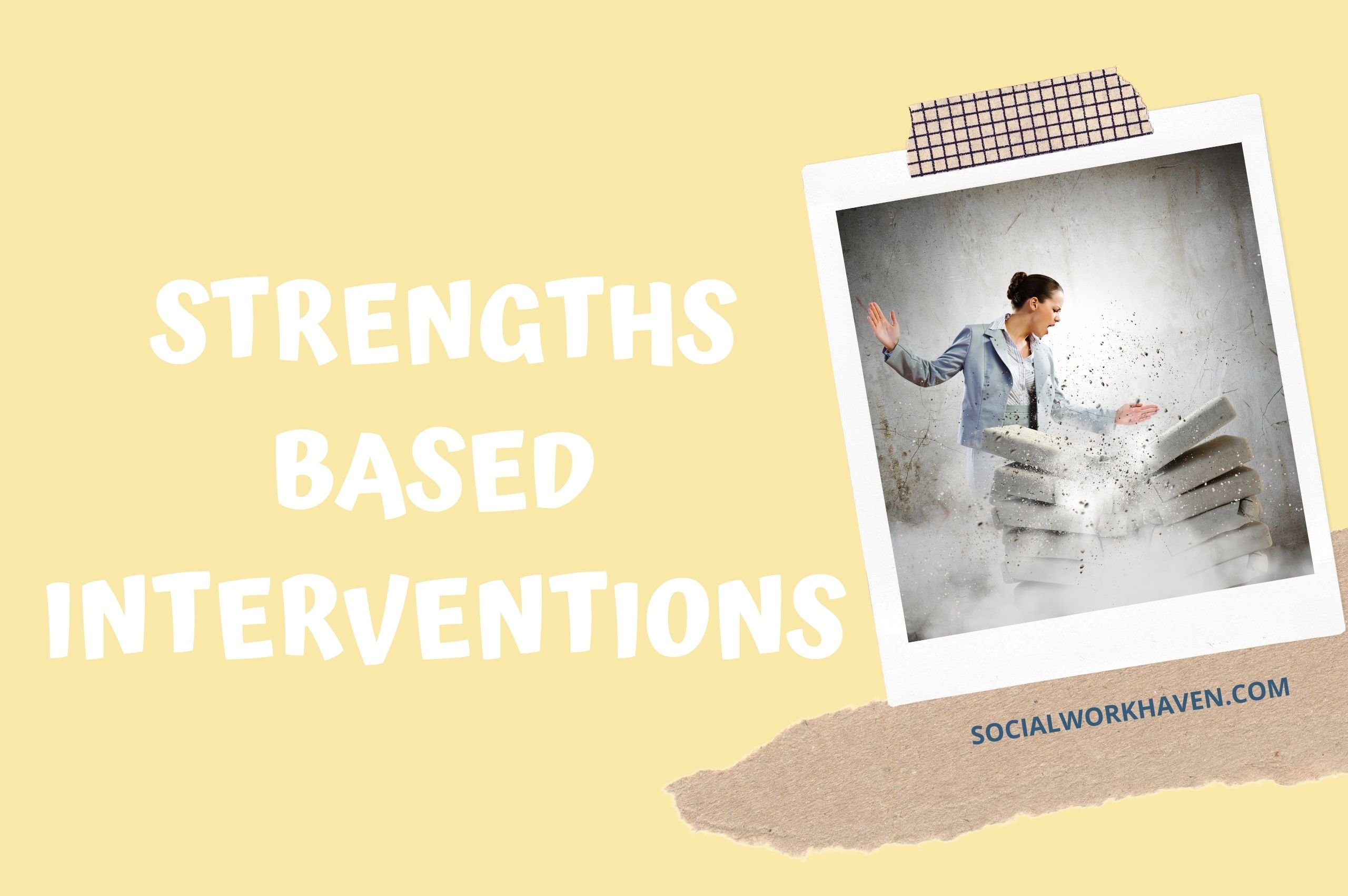 Strengths-based approach refers to a collaborative approach between an individual being supported and those supporting them to come up with an outcome that is based on the individual’s strengths, resources and assets.

Strength-based interventions such as family group conferencing can help practitioners make sense of a family’s experience and target our support in the most efficient manner (Maclean & Harrison, 2015).

A major criticism of this approach is that the balance between child protection and family preservation can be a complicated issue without adequate checks and balances (Libesman, 2016). For instance, where a child is not removed, or couple stays together, child abuse may continue (Burford & Hudson, 2009).

Besides, some family members may be too intimidated to make disclosures at conferences due to the presence of the perpetrator (Davies & Ward, 2011).

However, Burford and Hudson (2009) argue that this model results in empowerment and family ties are renewed, re-established and strengthened.

Nonetheless, when working directly with children, social workers may also encounter conditions such as selective mutism where there is consistent failure to speak as a result of anxiety or social phobia (Mac, 2015).

Research in this area is limited, however, Stone and Kratochwill’s (2002) systematic analysis identified that family systems therapy could be used for effective outcomes with a focus on modifying the family communication and interaction patterns within the family unit. Also, to explore signs of harm, Signs of Safety approach may be used.

How Do You Use the Strengths Perspective?

Signs of Safety (SoS) approach is a strengths-based and safety-focused approach to child protection work and is grounded in partnership and collaboration (Franklin, Trepper, Wallace & McCollum, 2016).

Turnell and Edwards (1997) argue that the SoS risk assessment process combines professional knowledge with local family and cultural knowledge, and balances a rigorous exploration of danger/harm alongside indicators of strengths and safety.

Thus, social workers may use this approach to maintain a relationship with the family by focusing on specific, observable behaviours rather than by using loaded judgemental terms that are more likely to work against cooperation (Franklin et al., 2016).

However, where there is a serious risk of harm, social workers have a duty of care and have to form judgements about risk in the future and the likelihood of change (Beckett & Horner, 2016).

Featherstone, Morris and White (2014) argue that the “rhetorical potency of the ‘now or never’ argument is so great that it is supporting a drive towards early removal and has become a powerful and unquestioned professional mantra” p.173. Thus, early intervention may be employed in child protection cases, and this may involve removal of the abuser or children.

One limitation of safeguarding approaches is that the process of planning and assessment favour the expert voice and assessment and planning processes privilege the professional opinion and remove the viewpoints of parents, children and members of the family (Davies, 2013).

The study showed that parents felt they were not afforded the same rights as the child when trying to seek ways to improve a situation.

The fear of consequences silenced parents who felt unable to contest the things they disagreed with or coerced others into signing agreements they did not agree to.

Beckett and Horner (2016) also share similar views with Davies (2013) by highlighting that professionals may use cause-and-effect analysis, displacing the opinions of the service user.

For instance, a social worker cannot be guided solely by the views of a service user who has a history of sexual offences.

The social worker may draw on given and known circumstances which are related to probable future outcomes. Hence, for the fact that the service user has caused many sexual offences in the past, it is likely that he may commit more in the future. Bearing in mind what we already know about the harm that sexual offending causes, we cannot simply ignore this and may rely on cause-effect analysis.

In this illustration, a social worker might also refer to practice wisdom developed through working experience and knowledge to inform their judgement (Aveyard & Sharp, 2013).

Webber (2015) also states that in the hierarchy of evidence, expert opinion remains influential in all areas of Evidence-Based Practice (EBP) based on the context, complexity, and individuality of the case (Smith, 2009).

For instance, Dale’s (2010) qualitative study on child protection risk assessment identified that without the input of social work expert knowledge, the quality of evidence available to the court in child protection cases will diminish drastically.

Notwithstanding the contribution of practice wisdom to Evidence-Based Practice (EBP), some notable authors point to some limitations.

Although Leach (2007) agrees with these conceptions, he, however, states that practice wisdom could be enhanced where the social worker plans reflection and observation more carefully and perhaps focusing on similar case studies that allow matters to be mapped to situations.

Reflection in social work practice involves using reasoning and affective skills when working with children and families to enhance judgement that could eventually reduce bias and help improve outcomes (Howe, 2009).

Leach (2007) shares similar views by highlighting that critical reflection can help a social worker recognise aspects of practice that may have been overlooked, especially in child protection cases where signs of harm or potential risk of harm may not easily be identified.

Studies by Ruch and Julkunen (2016) claim that the application of a reasoning and affective approach towards supervisory practice has a substantial impact on improving practitioners’ critical thinking skills, reflection, and judgement to the advantage of children and families.

However, Webber (2015) contends that a major shortcoming is that the need to complete particular tasks at work is likely to override the time which may be spent by staff reflecting on the way current practice is being carried out in the context of new research findings.

Furthermore, it highlighted a lack of adequate supervision that allows practitioners to reflect critically on issues that could influence their practice, including workloads, personal biases and intuitive responses (Hardwick & Worsley, 2011).

Despite an emphasis on EBP in the social work profession, the success or failure of social work practice is now measured in terms of meeting managerial targets, such as the completion of paperwork within specified timescales (Webber, 2015).

Munro (2011) explored the concept of managerialism further, in his view, it falls within the organisational level and it is an administrative system that gives importance to standardisation of relationships with service users with a focus on economic efficiencies.

Dustin (2009) agrees with this notion and highlights that managerialism brings control and uncertainty however in his view, this process tends to suppress creativity and the use of individual discretion resulting in regression in critical practice.