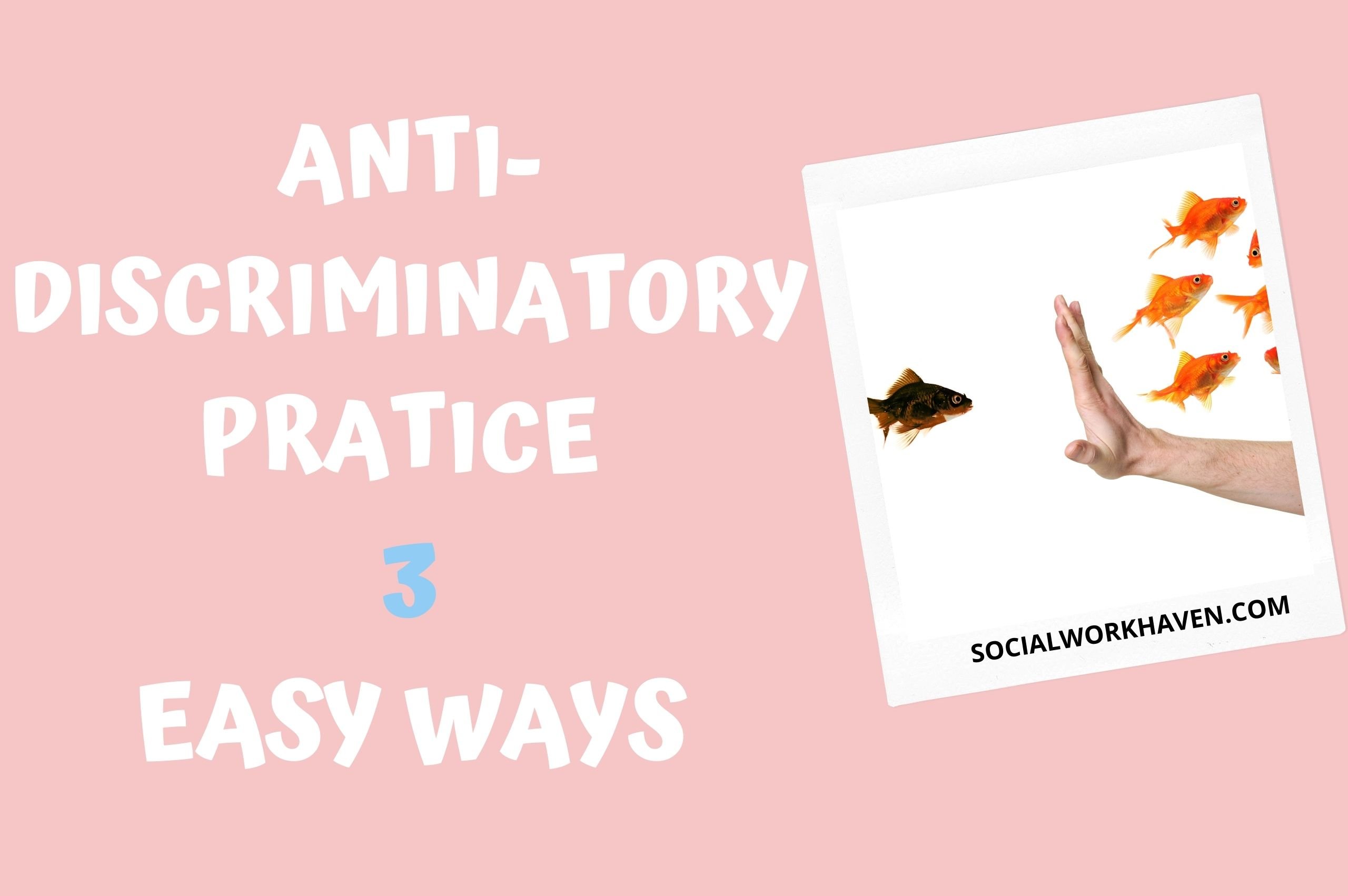 Anti-discriminatory practice is at the core of social work.

At times, people are treated unfairly because they have certain characteristics.

A person may be treated unfairly because of their age, sex, race, sexual orientation, pregnancy, disability, marriage and civil partnership, gender reassignment or religion.

These are referred to as “protected characteristics”.

Well, have you ever wondered whether there is any protection for people who fall within this category from unfair treatment and discrimination?

Well, I have some good news. The Equality Act 2010 provides a legal framework to protect the rights of individuals and promote equality of opportunity for all.

How to promote anti-discriminatory practice

As social workers, a key aspect of our role is to promote anti-discriminatory practice by understanding how discrimination and oppression can occur and where they exist.

What is anti-discriminatory practice?

Anti-discriminatory practice according to Thompson (2016) refers to how individuals operate in a way that fights against practices and behaviours which are discriminatory in nature. It also involves practices which promote social justice.

The interaction between discrimination and oppression can be seen throughout structures and systems within the economy.

For instance, it can be found within the differential distribution of financial resources and austerity measures resulting in spending cuts.

Furthermore, social factors such as class, ethnicity, and gender may affect how individuals are integrated into the society.

These existing inequalities are maintained through processes of discrimination that shapes and impacts on an individual’s experiences.

What is oppression in social work?

Oppression refers to the domination and suppression of an individual or groups of people.

This may be politically, socially, economically or culturally.

Social workers can challenge oppression by integrating citizenship into their practice.

Creating a community can serve as a vehicle for meditating, transforming, and resisting oppression.

Why is it important to promote anti-discrimination practice?

A social worker who does not properly reflect on their assumptions, can bring all three levels of Thompsons PCS model into their work.

Such assumptions, cloud our judgement and analysis, resulting in unfair outcomes for the people we support.

It is therefore important for social workers to be self-aware and constantly reflect in order not to allow their own personal views on a particular situation to affect their work with others.

How to promote anti-discriminatory practice

Proponents of Thompson’s PCS model assert that it is an exceptionally useful tool in assisting practitioners to develop their understanding of the relationship between the wider society, culture and individual attitudes.

Dominelli (2002) argues that Thompson’s PCS model places too much emphasis on discrimination.

Despite Dominelli’s views, I have been able to use the PCS model to help me gain insight into how an individual’s experience may have been shaped by discrimination or oppression at the personal, cultural and structural levels.

At the personal level of the PCS model, Thompson explains that an individual’s thoughts and emotions can result in prejudices resulting in individual oppression.

Prejudices and stereotypic values may be expressed in conversations, acts or behaviours since they are hidden in our subconsciousness. These held experiences, beliefs and values will then reflect personal views and prejudices.

Consequently, it could shape and impact the experience of others.

Culture is the way of life of a group of people within a society (Dominelli, 2002).

At the cultural level of the PCS model, Thompson explains that “social norms” are expressed through “consensus” and “conformity” (Thompson 2016).

At this level, stereotypes are created, manners are expressed based on social expectations, and other forms of behaviours and belief systems are reinforced through socialisation.

Taken for granted, assumptions are also made at this level.

For instance, describing someone as ‘challenging’ can have negative implications.

The use of this language can act as a vehicle for transmitting discriminatory ideas and values from one person to another.

According to Thompson, language can have the effect of conveying meanings beyond those intended, often without the concerned person even knowing that the process is taking place. 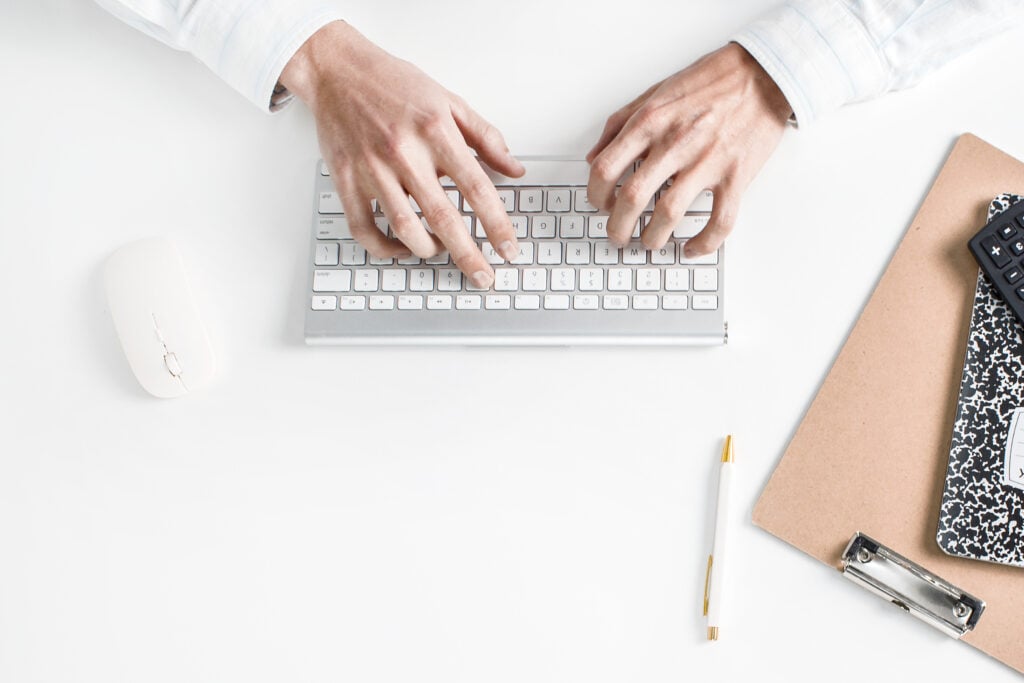 At a structural level, discrimination may occur where the needs of an individual are considered less important or less complex.

When working with individuals, it is important to engage in constant reflection and self-awareness in order not to allow your own unconscious biases, or experiences to negatively impact the plans or outcomes for the person.

It is also important to approach situations with an open mind and remain self-aware by reflecting in and on action.

How to apply the PCS model in practice (example)

In this section, I will explain how to apply the PCS model using a hypothetical case example.

Please note that this is not a real case scenario.

The assumption here is that I have been working with a person called Mary.

She believed that she was often excluded from decision making during court proceedings involving her children.

Following discussions with the children’s social worker, the worker highlighted concerns around Mary’s parental capacity, mainly around her ability to support her children with their intellectual and emotional needs.

While under Mary’s care, the children had poor grades in school, poor school attendance and frequent temper tantrums, which perhaps may be due to

Mary having her own health needs, which interfered with her ability to parent her children effectively.

This corroborated Mary’s views that professionals were judgmental of her ability to parent her children due to her mental and physical disabilities.

In such a situation, at the P level, it is important for me to be self-aware and constantly reflect in order not to allow my own personal views on the situation to impact on my work with Mary.

In my work with Mary, it appeared that care providers had stereotyped or labelled her as a ‘challenging’ person.

The use of this language was acting as a vehicle for transmitting discriminatory ideas and values from one care provider to another.

As a result, it had been difficult to find a new care provider for Mary, as the current agency wanted to pull out.

According to Thompson, language can have the effect of conveying meanings beyond those intended, often without the concerned person even being aware that the process is taking place.

With this in mind, I called for a meeting in order to challenge the practice of discrimination on the part of the care agency.

The meeting involved the care agency manager, carers, and Mary.

The outcome was that the carers who supported Mary spoke very little English, and this made communication and correct interpretation of Mary’s needs difficult.

As a result, Mary was often left frustrated and would express her disapproval when for instance the wrong meal is cooked by carers.

It was agreed that English-speaking carers should support Mary from now on to help ensure that Mary is supported effectively.

At a structural level, I observed that a care a support plan had been completed by a trainee carer.

This can be viewed as discrimination on a structural level, as the needs of Mary were considered less important and less complex.

In noting this, I reviewed Mary’s care and support plan with the manager of the care agency. I ensured that objectives and goals set were SMART in nature.

For example, a SMART goal was to ensure that for the next 3 months, Mary should be supported to swim every Tuesday at 1pm for an hour to help build her muscle strength (review in 3 months).

To conclude, Thompson’s PCS Model is vital to understand as it helps explain how personal beliefs, cultural norms and structural institutions all contribute to oppression in the society.

It helps identify the connection between oppression and discrimination.

Using this approach, social workers can unpin and analyse the workings of oppression and identify ways to practice in an anti-discriminatory manner.

You can also connect with social work haven by

4 thoughts on “How to Promote Anti – discriminatory Practice”